Places: Sarajevo, with Dad: A Return to our Roots: Bosnia_blonde-8402 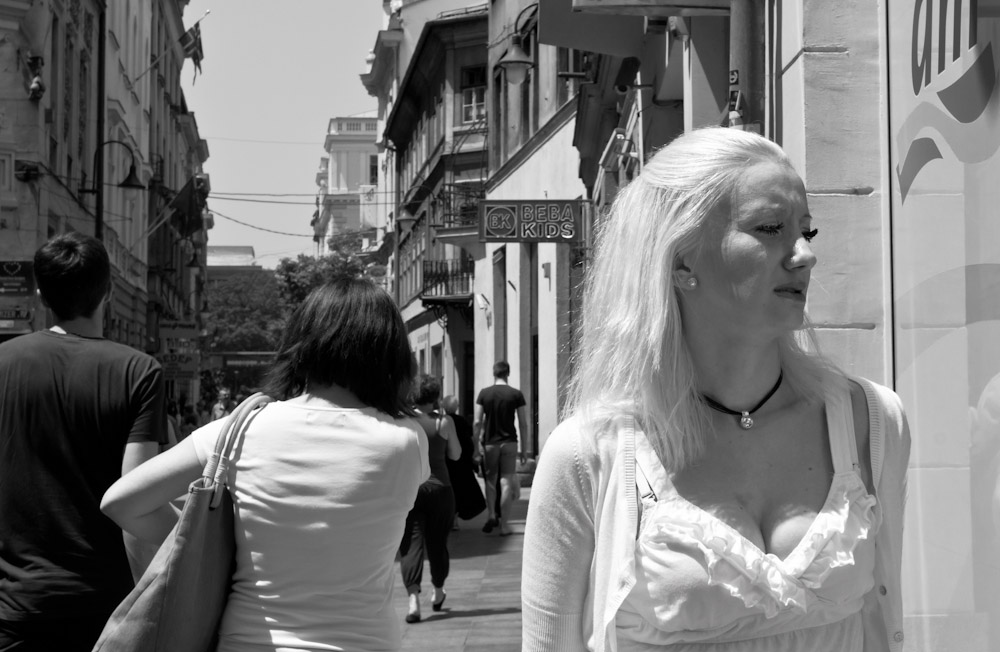 Sarajevans along the Ferhedija, the main pedestrian street in the Old Town.

The women here are not exactly shrinking violets, given the copious amounts of lip gloss, rouge, mascara and eyeshadow they pile on. Various journalists have written that during the siege of Sarajevo, women continued to wear makeup as they went to the market, in part as an act of defiance against the abnormalcy of war, and, in part, because of the importance they place on their appearance. Once supplies dried up, they resorted to creating their makeup from crude homemade supplies. Nowadays a forest of black spikes surround the eyes of Sarajevo's young women to complement their hot pink lipstick.