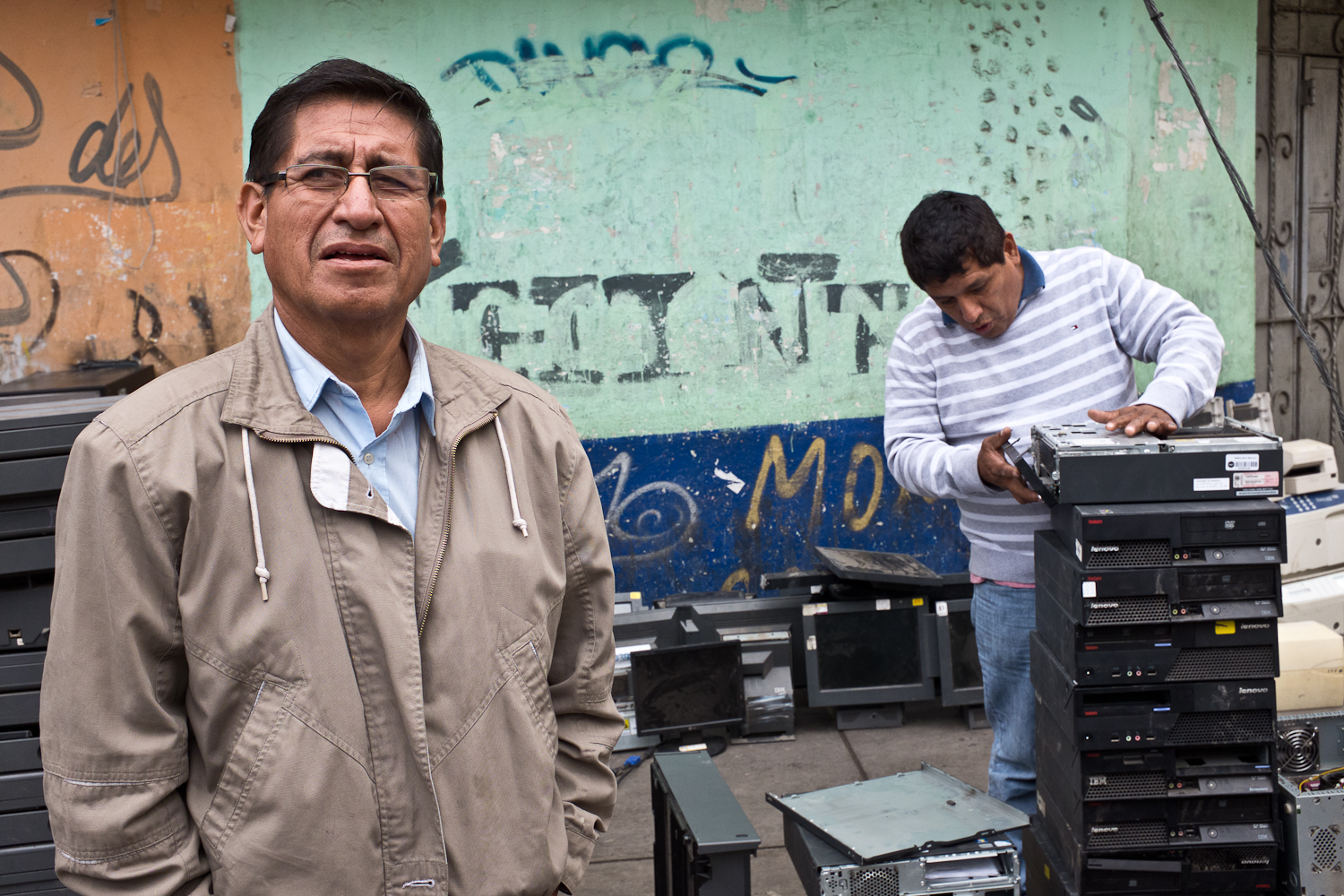 
Senor Freddy (left) has been selling used electronics on Leticia street for nearly a decade. When asked why collectors and resellers such as himself don't organize to establish a government-recognized union of informal collectors/refurbishers, he shrugged. "It's too difficult to organize the other collectors." Some say that formalizing the informal sector would increase their costs, especially for disposing old TVs that no longer have market value but contain hazardous materials that require safe handling. Other countries such as Brazil and India have formalized informal collectors and waste pickers into unions, which allows them to engage more directly with 'formal' recyclers.